Art by Vincent
Get the comic now for $15 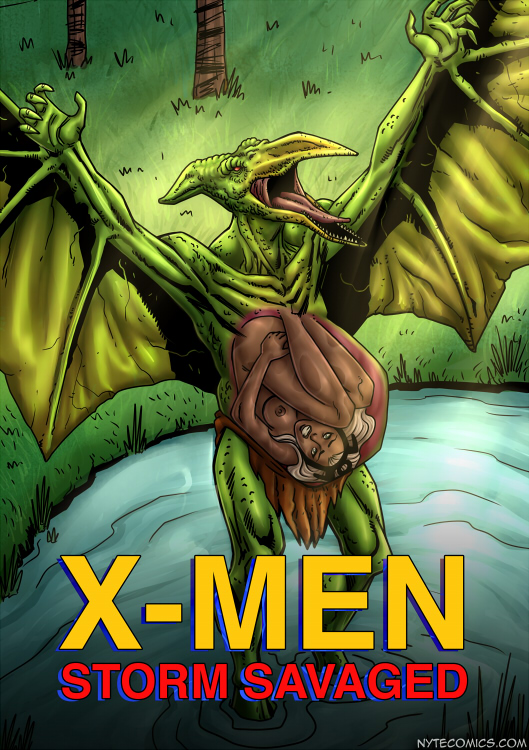 After Rogue disappears without a trace, Storm takes to the skies and scans the treacherous landscape of the Savage Lands for any signs of her lost friend and fellow mutant, fearing something dreadful has happened to her. Unfortunately, she can’t maintain flight forever, and her choice of rest stop lands her right in Sauron’s trap, where she is subjected via hypnosis to the same death Rogue suffered–eaten alive by a Tyrannosaurus Rex. But this is just a taste of what Sauron has planned.

He intends to consume not just Storm’s powers, but her body as well.